My friend Mikhail Alyona Sergeev has invited me to speak to his World Religion class at the University of the Arts in Philadelphia on November 7, 2018. My topic will be “If God Spoke Today, What Would He Say?”. If you are in the area and want to meet after my talk please let me know. Jerry L. Martin, the founder of Theology Without Walls, argues that no theology is adequate today that excludes revelations and enlightenments from other traditions. Spiritual truth is expanding beyond the boundaries of institutional religion. Can churches and other faith centers survive and thrive in a world of religion without walls?

Theology Without Walls: The Challenge of Spiritual Discernment

Bio: Jerry L. Martin, Ph.D., D.H.L., was formerly Chair Department of Philosophy, University of Colorado at Boulder, and Acting Chairman, National Endowment for the Humanities. He is the editor of the special issue on Theology Without Walls of the Journal of Ecumenical Studies and of the special issue on transreligious theology at the online journal, Open Theology.

Theology Without Walls: Beyond Pluralism

“If There is One God Why Are There So Many Religions?”

Dr. Martin will be in Boston to speak at an American Academy of Religion conference.  If any friends or readers is in the area, it would be great to connect.  I speak on Saturday, April 8, but will be in the area April  7 – April  9.

Theology Without Walls: Modes of Engagement with the Divine

Theology Without Walls is dedicated to the task of reflecting upon the nature of divine reality as it may be revealed in any of the world’s religious traditions, without confining itself to any one tradition. John Thatamanil speaks of TWW as “the quest for interreligious wisdom,” a quest which requires orienting ourselves to ultimate reality both cognitively and affectively in the most comprehensive way possible. TWW differs from comparative theology in that inquiry is not rooted in a specific confessional tradition as one’s “home.”      .

This panel will explore avenues of access to, and modes of engagement with, the divine from a transreligious perspective. Traditional theology relies on authoritative teachings and writings as its basis for apprehending the divine. Our panel will consider how a transreligious theology might proceed in the absence of such traditional grounding. Are there transreligious norms for apprehending the nature of divine reality? Can these be identified and employed in a meaningful way? Might theological methods from one’s home tradition be adapted and extended for employment in a theology without walls? Conversely, might transreligious reflection yield insights that can deepen one’s engagement with one’s home tradition? These are some of the questions our panel will explore.

Theology Without Walls: Modes of Engagement with the Divine

Theology Without Walls (TWW) has been described as doing theology beyond the borders of any particular religious or wisdom tradition. In its fullest sense, theology is not merely a single faith or confession seeking understanding; it is all spiritual insight, wherever found and however acquired, seeking understanding.

From a theological standpoint, why not seek to utilize whatever insights available into the nature of Ultimate Reality and rhythms of Divine life? Why inscribe our theology within a single wisdom tradition?

TWW differs from other forms of comparative theology in precisely this way. The exploratory goals of TWW and comparative theology are in many ways overlapping. However, comparative theology’s insistence on claiming a specific theological tradition as one’s “home,” from which one can reach out to other traditions while remaining rooted in one’s own, is seen as too restrictive for TWW. It is not that one can not engage TWW from such a perspective—that is, being rooted in a single faith tradition—but one is not required to.

The ultimate goal is not just intellectual. John Thatamanil speaks of TWW as “the quest for interreligious wisdom,” a quest which requires orienting ourselves to ultimate reality both cognitively and affectively in the most comprehensive way possible. Ideally, TWW facilitates engagement with divine reality, more fully and truly understood.

This panel will explore transreligious avenues of access to the divine reality and modes of engagement. The hypothesis to be considered is that avenues to the divine, evidences about the divine, and engagements with the divine are closely intertwined.  The nature of ultimate reality determines proper comportment or orientation towards it and proper actions, attitudes, disciplines, and engagement.  At the same time, our experiences of and engagement with the divine are sources of insight into divine nature. Confessional theologies provide authoritative correlations of these aspects of the spiritual life. Without such guidelines, how is the transreligious theologian to assay such correlations?

TWW works to broaden our understanding of the lived experience of wisdom as it crosses religious boundaries. As new modes of religious life develop, emergent avenues, evidences, and engagements with ultimate reality are born. TWW can reflect on, dialogue with, and embody these spiritual impulses in ways not always open to comparative theologians, bringing both insider and outsider perspectives to bear in proposing discerning correlations and in synthesizing insights into divine reality as experienced by humanity.

Dr. Jerry L. Martin, founder and chair of Theology Without Walls is participating in two panels at the 2016 Annual Meetings in San Antonio, Texas, November 19–22, hosted by the American Academy of Religion and Society of Biblical Literature. The AAR annual meeting is the world’s largest gathering of scholars interested in religion. This year’s TWW panel themes are “The Human Predicament” (presenter) and “The Spiritual Life and the Personal or Transpersonal Reality” (presiding).  For more information on TWW and this year’s meeting, visit www. theologywithoutwalls.com, http://tww.freeforums.net/ or request to join us in our Facebook group here: https://www.facebook.com/groups/608073062638359/ “In the Spirit” With Gary Goldberg
Topic: The Story of God/Afterlife, religion and history, religion in the modern world

Rev. Frank Fowler on “Let’s Talk About It” 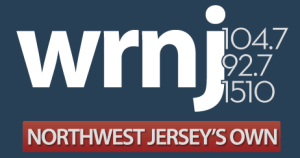 Topic – Do Pets Have Souls?

Topic: Do animals have souls?

Topic:  Religion in the 21st century

TOPIC: Do pets have souls?

TOPIC: God has no religion

CKNR-AM
Topic: Do pets have souls? “Uniting the races with truth instead of dividing them with lies” Dr. Martin will be speaking at the 31st International Meeting of  THE ERIC VOEGELIN SOCIETY, 2015  September 3-6 – San Francisco, CA.

Panel 4 Presenters will speak to “Civilization in Extremis: From Collapse to a New Leap in Being”.

Dr. Martin’s talk is entitled: “Is There a New Spiritual Axial Age?”. Toward the end of the book, he was told that we are on “the threshold of a new axial age, a new spiritual era.”  He reviews the conditions and evidences of a new age already arriving.

He enjoys meeting with readers if there are any nearby.  They always have a lot of talk about!  Just send a note to: info@GodAnAutobiography.com

* Dr. Martin was  in Boston, MA, March 21-22 , 2015 for a panel, “Theology Without Walls: Theology from the Ground Up,” at the New England-Maritime regional meeting of the American Academy of Religion. About twenty participants, including almost all panelists, stayed for the planning meeting.  We decided to have two panels next year.  A number of topics were mentioned, including a look at the forerunners of TWW, such as Wilfrid Cantwell Smith, and a discussion of the “best” in each tradition.

* Dr. Martin will be in San Diego from Friday, Nov 21, to Monday, Nov 24, 2014, attending the huge annual meeting of the Academy of American Religion, an umbrella organization that includes about 7000 scholars, theologians, clerics, and religious professionals.

He will be chairing a panel on Theology Without Walls on Friday, 1 pm to 3 pm, in Gaslight 2 at the Omni Hotel near the Convention Center.  If you are in the area, he would be pleased to talk with you and hear what is on your mind and heart.

All in all, it was an outstanding meeting.  Dr. Martin gave a paper on “Voegelin’s Soteriology and Ours.”  Soteriology is the theory of salvation, and it is used broadly by students of comparative religion to include enlightenment, spiritual liberation, and whatever is that tradition’s answer to the ultimate solution to life’s central problem.  Martin’s paper argued that there is no single human problem and hence no single solution.  Using examples from novels by Tolstoy and George Eliot, as well as from a Platonic dialogue, he argued that, in attunement with the divine, each individual must discover his or own own path.

His talk was on “Theology Without Walls,” sharing excerpts from what he received in prayer about God’s communications to and through diverse religious traditions.  The conference, organized by Martin’s American Hindu friend, Jeffery Long, is titled, “Navigating Worldviews: Can Diverse Religions and Modern Science Save Our Endangered Planet?”

*Dr. Jerry L. Martin chaired a panel on Theology Without Walls at the Midatlantic meeting of the American Academy of Religion on March 7, 2014.

Theology Without Walls is a new project of constructive theology that takes into account evidence of the divine from all traditions.  The idea is presented toward the end of God: An Autobiography, as Told to a Philosopher.  The panel included two senior leaders in interreligious understanding, Robert Cummings Neville of Boston University and Leonard J. Swidler of Temple University.  Younger scholars representing different backgrounds included Jeffery Long of Elizabethtown College, Jonathan Weidenbaum of Berkeley College, and Anthony J. Watson of Brown University.  About 60 scholars in theology and religious studies attended the event.

*Dr. Martin was scheduled to speak at the Eric Voegelin Society over Labor Day, but Hurricane Isaac had other ideas.  Delayed but not defeated, these redoubtable scholars have rescheduled for Saturday, October 20, 2012.

His talk on “Divine Presence and Epistemic Trust” is the opening session, 8:40 – 10:10 a.m.  All sessions will be held in the Abell Room in the Lod Cook Hotel on the Louisiana State University campus in Baton Rouge. The wide-ranging program is published on the Eric Voegelin Institute website here.

*The Princeton Theological Seminary has graciously invited Dr. Martin to speak at the conference on “Scottish Common Sense and the Natural Law Tradition in America” .

His talk about “Divine Presence and Epistemic Trust” at 4:45 pm on Friday, September 7, in the Cooper Conference Room (concurrent session C).  For more information and directions see the conference website here:

More information can be found at: The Eric Voegelin Institute Official Webpage

His talk is entitled “Divine Presence and Epistemic Trust”.  Read the abstract by following the link below: